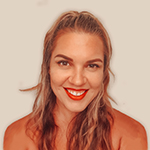 Kia ora! I moved to the Far North from Auckland at the start of 2015, and have grown to truly love it here. Every day I drive along the State Highway 10 coastline and am struck by the beauty of the area, and grateful for the beaches which bring such happiness to myself and I’m sure many others.
I worked briefly at Peria School in 2015, covering in the office while their administrator Jan was on holiday, which was the first time I had worked in a school. I was blown away by how cool it felt to be a part of bringing up awesome children, even being from the office and not necessarily getting to teach them directly.
Since then I worked in a major role in the Student Centre at Kaitaia College up until August 2017. It was a great learning experience being involved with teenagers and being part of such a big environment, including students and staff being close to 900 people!
I am excited to be a part of Mangonui School, and endeavour to do my absolute best to support the staff here from the office, while tending to the children’s needs when required, and just being a generally happy and positive influence on their young lives. I look forward to continually meeting new families, and getting to know even more people from the community.