Only one week and we’ve started our narratives already.

The plans are complete with the plot mapped out and the first page started.

The first page introduces the characters and gives important background information. Tuatara all gave Taylor the thumbs up for his introduction. 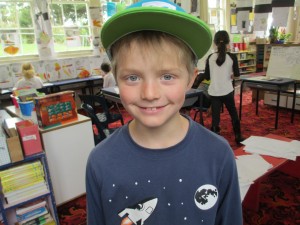 Under a bridge next to a waterfall lived Zooey Mama. He had four brown dogs, one green parrot and two black kittens. He had an enchanted, super flaming sword that could slice through cars and an enchanted, strong, awesome helmet. You could hit it with a hammer but it wouldn’t hurt him. Zooey Mama looked like a chubby teenager. He had spikes on his legs. 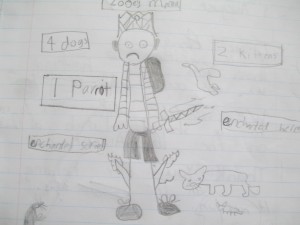 About the Author: Carole Archibald

Search for an Author